by Benedict
in Marketing
0

In metro cities, we can’t imagine life without shopping malls. That’s why India is now becoming the center of big malls across the world. You might be surprised to hear that, or maybe the ground slips under your feet, the second biggest mall in the world is situated in India.

India’s first mall and India’s oldest mall was built in the British era in Chennai in 1863. Since then, India has been making steady progress in the field of malls. And these malls which are not there are very profitable deals.

6 Benefits of Starting a Business Blog

However, the shopping mall craze has hit India for the last couple of decades. With new shopping malls popping up all over the country (mostly metro cities) and an influx of global international brands. However, only large, well-performing shopping centers have remained open (and, in many cases, expanded). Most of these malls are more than just shopping destinations.

They also have huge food and entertainment areas, offering fun for the whole family. Unfortunately, many of the shopping malls are located in the suburbs of Mumbai. That makes them quite inaccessible to the average tourist, although residents will be able to find a shopping center nearby. Let us tell you about the biggest mall in India on this matter today.

The biggest mall in India, ‘Lulu International Shopping Mall,’ is located in Kochi, Kerala. It was started on 10th March 2013 and had an area of ​​1.7 million square feet. The owner of this biggest mall is M A Yousuf Ali, is a Dubai based businessman. In these 8 years, this mall picks the attentions of customers. A large number of people visit here every day. This entire area of this mall is very attractive to peoples who like to walk through unusual places and take photos.

According to the plan, Lulu International Shopping Mall has around 365 outlet stores. And they brought more than 1000 biggest brands in the world to their stores.

People can visit clothing stores, perfumeries and also relax in one of the restaurants and cafes.The mall is a five-floor building and has several themed zones. Each area is decorated with special constructions. Parking for 3800 vehicles has been arranged in this mall, and it is counted among the largest malls in South India. Also, the mall provides 9 screens of PVR Cinema Hypermarket and Game Zone are also present in the mall.

Now, talking about the second largest mall in India, it is in Bangalore, Phoenix Market City. This mall is built in about 40,50,000 square feet. More than 600 retail stores are there in this area. Also, this mall is decorated with multiplex screens for 14 movie screens.

This mall was started in the year 2013 with four-floor buildings. You can get here national and international brands clothes and goods. This mall is very popular among tourists and Indian people. It is one of the best places to shopping in India. That’s why a huge number of people visit here daily. Also, this mall has 20 restaurants so that you can go with your family and friends and enjoy their food. It is the largest mall in Chennai and is said to be the second-largest mall in South India.

Most popular mall in India

Another biggest mall in India is DLF Mall, located in Noida, Utter Pradesh. Due to its aesthetic decoration, it is one of the most popular shopping centers in India. The design of this mall from the inside will compel you to compare it with foreign malls. DLF Limited developed this mall around 5 zones and 7 floors. The interior of the mall is very beautiful, which was designed by Benoy.

This mall is spread over an area of 2,00,000 square feet. There are too many stores in the mall, 330 brands including more than 100 fashion labels. You can get here national and international branded clothes.

Also, this mall provides 50 food and drink restaurants, where you can go with your family and friends. This mall has wonderful entertainment areas with a 7-screen PVR multiplex movie theater, Game zone, and kids fun zone. Everything is available. It is the biggest mall in Delhi NCR.

The next one is on the list is Elante Mall in Chandigarh, started in 2013 by L&T Realty. This mall is counted among the fourth largest malls in India. The area of ​​this mall is 115,000 square feet. There are more than 200 retail shops inside the mall across its five floors. Also, this mall provides parking for hundreds of vehicles in the mall area. It is one of the most popular malls in North India. This mall has two different floor management. Two ground floors for the parking area and three upper floors for retail shops, restaurants, entertainment zones, etc. 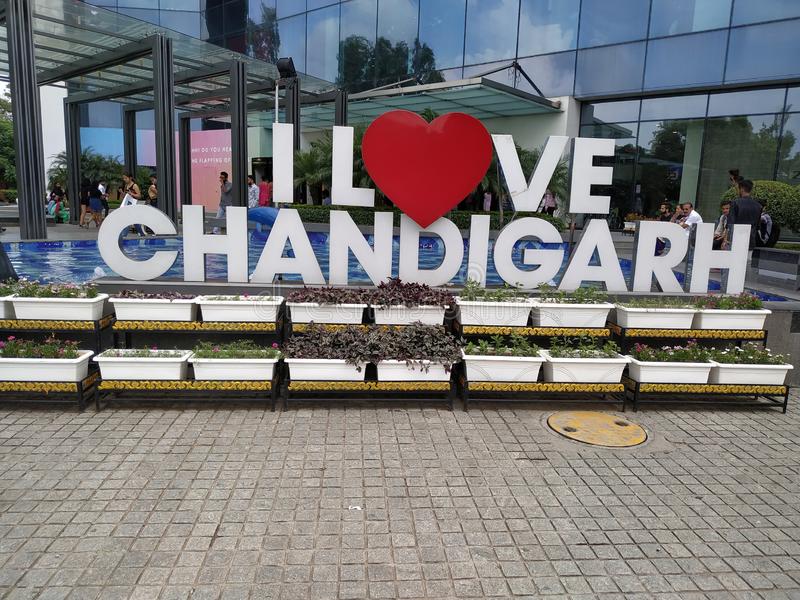 Designed for the urbanites of Chandigarh, this mall is the best way to have fun in the areas around Chandigarh. Here you can get national and international branded clothes. Moreover, this mall has wonderful entertainment areas with an 8-screen PVR multiplex movie theater, Game zone, food court, and many cafes. This mall also have a entire floor for kids entertainment.

Other Popular shopping mall in India

The other largest mall in India is in Jaipur. World Trade Park is the name of the mall. The mall spread over an area of 2,40,000 square feet and a total of eleven hundred vehicles can be parked in the mall.

However, this mall was completed in 2012, and there are many sports complexes, game zone movie theaters, and many things present in the mall.

Another most popular mall in India, located in Kanpur. It is one of the largest in the country and has 3 level basements for parking 2500 cars. Also, it houses a variety of shops, including 150+ national and international brands of clothes. This mall provides restaurants, cafes, the multicuisine food court on the top floor.

The HiLITE mall is one of the largest malls in India, located in Kozhikode. This mall has multiple dining options, that’s why it’s very popular for Indians and foreigners.

The complex has more than 200 branded shops, food establishments, and its main attraction is the largest indoor theme park in India.

It also features an 8-screen multiplex cinema, a food court, snow park, two gaming zones, Nesto hypermarket chain, and is located on the 10th floor of this huge shopping mall.

It is also the biggest mall in India, located in Bangalore. It has 250 retail stores, 39 food and beverage outlets, multiple gaming zones, and many exclusive restaurants. This mall is very popular among tourists and Indian people. That’s why a huge number of people visit here daily.

Moreover, it also offers various entertainment options such as a small roller coaster, bowling alley, event stage,6-screen INOX theater, and more. This mall has a huge parking lot that can cover 1800 vehicles and 550 two-wheelers. No offense it’s a best place for shopping.

Its proximity to the bay gives a certain charm to this shopping center located in Delhi, India. It started in 2007 and covered an area of ​​13,00,000 of construction. Undoubtedly, it is one of the largest shopping malls in New Delhi. Here you can get national and international branded clothes.

However, it has a large area with more than 180 retail stores of 600 branded clothes. It also has theaters with 3D Imax screens, which are among the largest in the country.

It opened its doors in 2004 in Malad, Mumbai. This shopping center is the largest in India, with 600,000 square feet of construction. It receives 40,000 people daily, although it can house 2 million. This mall provides restaurants, cafes, the multicuisine food court on the top floor.

It is also one of the largest ghost shopping centers globally due to the lack of customers. Since almost all of the commercial premises are empty, most of those occupied are those of western fast food at the entrance.However, the total revenue of this mall is 800 million.

FAQ on Biggest mall in India

Which is the biggest mall in India?

Which is the number 1 mall in India?

The number 1 mall in India is DLF Mall, located in Noida, Utter Pradesh.This mall spreads over an area of 2,00,000 square feet. There are too many outlets in the mall, 330 brands including more than 100 fashion labels. You can get here national and international branded clothes.

Which is the largest mall in Delhi?

Undoubtedly, Select City Mall is one of the largest shopping malls in New Delhi. Here you can get national and international branded clothes. It has a large area with more than 180 retail stores of 600 branded clothes.

Which mall is the biggest in Bangalore?

The biggest mall in Bangalore, Phoenix Market City. This mall is around 40,50,000 square feet. More than 600 retail stores are there in this area.

Conclusion on Biggest mall in India

In India, people love to go shopping malls and do shopping. Luckily, we can findmany biggest shopping malls in India. Every city has a bunch of aesthetic shopping centers, where you can buy branded clothes, have multiple cuisines, entertainment places, movie theatres, and so on.

Now you know where you can make purchases or spend hours of fun during your visit to one of these cities and, if you already know one, tell us what you think!

6 Benefits of Starting a Business Blog

3 Top Reasons To Work With A Digital Marketing Agency

Biggest Waterfall In India That You Must Visit In

Strange Odds You Never Thought About

How to Add Person to Group Text iPhone

9 Best Gym Workouts That Can Help Improve Your Health Problems

No Result
View All Result